The LASA Group of SWITZERLAND was born from GISA (St. Ann’s Youth) which began in 2006, on the occasion of the Bicentennial of Marriage of our Founders. The young people, after having participated in several initiatives in this regard, expressed their desire to deepen the Charism of this married couple by remaining in contact with the Sisters of Renens. By and by they became adults, and they also invited other members who showed interest in the Charism of the Sisters of St. Ann. This led us in 2013, to pass from GISA to LASA. During the Eucharistic Celebration the members, publicly read the formula of commitment to live and make known the providential and merciful love of God in the family, in their place of work, in the parish and in the social context in which they live.

Together with them, we organize the sale of various items with the intention of supporting projects in favour of human promotion of many needy people. Our action is based on the principle that we cannot be indifferent to the needs of others and to recognize in every person a brother and a sister to love.

Our projects began with micro credit in Cameroon and then, for lack of persons who could follow it up and manage it in the place itself, we decided to sustain the initiative through our Sisters and other religious Congregations and NGOs, which are based in Switzerland.

The other projects were in favour of:

– the Sisters of St. Mary and St. Vincent de Paul, for two Centres of tailoring and stitching,

– covering part of the roof of a parish,

– a carpentry centre in the Diocese of Matadi,

– a Cybercafé project for young people in Gambia.

We also contributed for the entire construction of the roof of a Church in Nogales, Mexico, and for projects in Haiti, in a School in the Philippines for children of a Family Home and two children in the Foyer Sainte Famille in Switzerland.

Our group meets several times a year. Usually at the beginning there is a moment of fraternity and then sharing on current affairs or spirituality, then we pass on to the planning and selection of projects to be supported: The meeting ends with the recitation of Vespers in the Chapel.

When there is a possibility, we also help in the soup kitchen of Lausanne, a Centre for those in need.

Our group consists of persons from Switzerland, Italy, Cameroon, DRC, Poland. Others participate when they can. The group puts at disposal time, energy, talent and creativity according to each one’s possibilities. It is open to all and enjoys intergenerational richness.

Two years ago Fr. Paolino Gonzalez was appointed for the Spanish mission of the Canton at Lausanne. Now Fr. Emmanuel Rudacogora, of our Parish at Renens has agreed to accompany us on our journey. Last month the LASA group participated in a recollection with the Sisters of the Community prepared and guided by Fr. Emmanuel. These moments help the group to meet the Community and live the Word of God.

We entrust ourselves into the hands of God to grow every day and live in mutual love. 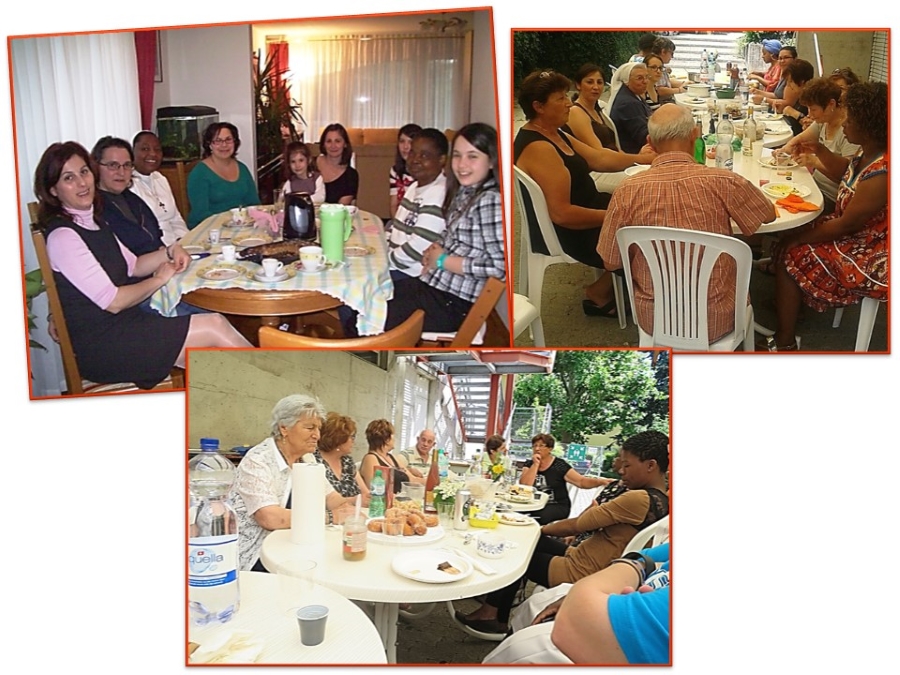