“ITER” OF THE PROCESS

OF THE BEATIFICATION AND CANONIZATION

OF THE SERVANT OF GOD

Our dear Founders, Carlo Tancredi and Giulia, were always considered “saints” in the heart and in the mind of every Sister of St. Ann. However, it was only after the Council, which highlighted the role and importance of the laity in the Church, that we thought with more determination that they could be proclaimed “saints” even officially by the Church.

In the 1980’s, the celebrations on the occasion of the 150th Anniversary of Foundation of the Institute (1984) and those in honour of our Founder marking the 150th Anniversary of his death (1988), increased our esteem, knowledge and love for our Founders. Just during those years, then, reflecting on their life and accepting the suggestions of our Sisters, experts and friends, we took steps towards introducing the Cause of their Canonization.

After the 29th General Chapter in 1990, which made an explicit mention regarding the process of Canonization of Carlo Tancredi Falletti, the Marquis of Barolo(see delib. 4.1), decisive steps were taken to introduce it. 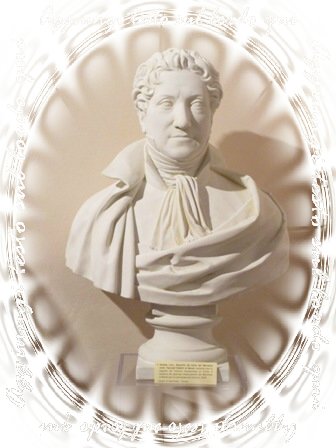 With her letter dated 22 February 1992, Mother Franceschina nominated Rev. Father Paolino Rossi, O.F.M. Cap., Postulator of the Cause of the Marquis; and he, in March 1993, presented to the Cardinal of Turin (then His Em. Giovanni Saldarini) the official request for introducing the Diocesan process; at the same time he appointed Sr. Renza Peira Vice-Postulator and Sr. Nelly Grasso Joint Vice- Postulator of the Cause.

Thanks to the preparation of the required documentation, and the painstaking research work carried out by Sr. Renza, the diocesan phase of the Process began on 8 February 1995, with a solemn celebration in the Basilica of Mary Help of Christians in Turin.

The necessary work, difficult above all regarding the collection of the published writings of our Founder (published anonymously, as we know, and therefore difficult to be identified) was carried forward with dedication and commitment by Sr. Renza up till 1999, when unfortunately, at a relatively early age, she returned to the Father’s House, after a long and painful illness. Sr. Renza was substituted as Vice-Postulator by Sr. Felicia Frascogna, who with the same diligence and much love and enthusiasm, continued the research work, under the supervision and guidance of Mons. Giovanni Luciano, Episcopal Delegate for the Tribunal of the Cause of Saints.

Thus, with the help of experts, the work went on – drawing up of the historic-theological and archival reports, and the interrogation of the witnesses in Turin on 2, 4, 9 and 11 April 2002, and in Rome from 20-23 May 2002. The Diocesan Tribunal was constituted by the Episcopal Delegate (or Judge), the Promoter of Justice and a Notary.

As we know, the diocesan phase was concluded in Turin with the celebrations of 21 December, 2002. All the documents that had been produced and collected, were closed, sealed and handed over to the Sacred Congregation for the Cause of Saints in Rome, by the Vice-Postulator.

That collection does not consist of only a “huge stack of paper”, but years of work and research… There is the commitment and hard work of those (and there were many!!) who put their hands and heart there, but above all there is the trust and the passion of all those who, though not working directly, have believed and believe in the “sanctity” of Carlo Tancredi, contributing with their faith and prayer so that the “sanctity” of the Servant of God may be soon recognised and indicated as a model.

Much work is yet left to be done in the Roman phase which is now only at its beginning. The deepening and diffusion of the knowledge of Carlo Tancredi and Giulia and constant prayer entrusted to their intercession will be basic elements of this beautiful and fascinating journey, which we will all be making together. Let us hope that God in His Infinite Providence bless this journey with the sign of a miracle to be obtained through their joint intercession.

In the case of a Cause of beatification, the term “Positio” means, a dossier in which, in addition to the petition and the relative documentation submitted and presented by the interested party, the opinions and the votes of the specific Advisors are gathered, as well as the reports of the Officials in charge of the study of the same.

The structure of the “Positio” includes several parts: in addition to the General Introduction, the most important ones are the “Informatio” which is the investigation on the virtues and on the reputation of holiness of the Servant of God, the “Summarium” of the testimonies of the witnesses and the documented Biography.

Everything has to be done with precise reference to a solid evidentiary apparatus, made up of the specific sources of the Cause as they are found in the Published Copy (Dossier prepared for the Diocesan phase of the process which in our case, comprises XIV Volumes).

On 19 September 2013 the study of the Cause was entrusted to the Relator, Msgr. Paul Pallath, who replaced Fr. Ols. He left the post upon reaching the age limit.

In October 2013, Sr. Felicia met the new Relator, who was already in possession of the dossier on the cause of the Marquis of Barolo entrusted to the office of Fr. Ols. He handed over to her the new norms issued by the Dicastery in 2013 regarding the composition and the draft of the “Positio super vita, virtutibus et fama sanctitatis”, (“Positio” on the life, virtues and reputation of holiness) and she was asked to examine it and to follow it in close collaboration with the Relator.

This meant that all the work already done had to be taken up again in order to review it and update it according to the new norms, a work to which Sr. Felicia is still devoting herself to bring it to an end, hopefully as soon as possible with the help, God willing, of some experts. 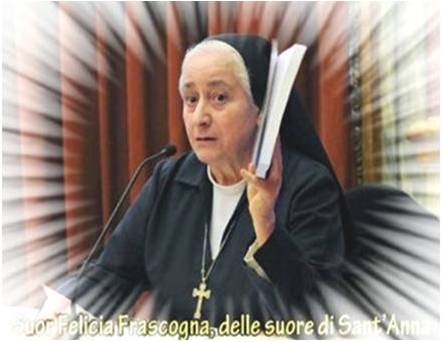 This kind of historical-theological-juridical work must be linked to the pastoral and spiritual aspects. It is important to make the Servant of God, Carlo Tancredi known as an exemplary witness of following Christ, imitating His sentiments, His choices, His lifestyle, imploring graces, spiritual and material favours.

The proclamation of a Blessed is an ecclesial event. Hence the involvement of all is necessary: the Diocese, the lay Associations who are inspired by the Servant of God, the schools and the Institute that promotes the Cause.

In this regard, Pope Benedict XVI on 19.12.2010 affirmed that “In the itinerary for the recognition of holiness, a spiritual and pastoral wealth emerges which involves the whole Christian community”.

If, altogether, we take to heart this process and entrust ourselves to the intercession of the Servant of God, we can show that this process is alive and not just something bureaucratic carried out only by the “experts”.

To learn more about the Servants of God, Carlo Tancredi Falletti and Giulia Cobert, Marquises of Barolo, we recommend some old and recent publications for those who desire to know more about them. 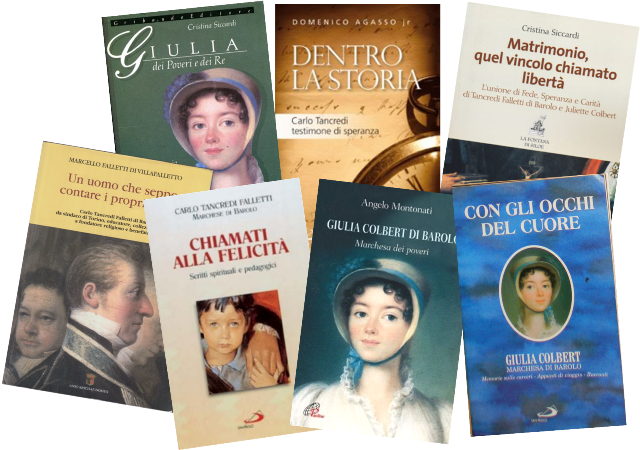 Exhibition on our Founders promoted by the Sisters of St. Ann in collaboration with the Piedmont Region, 2013 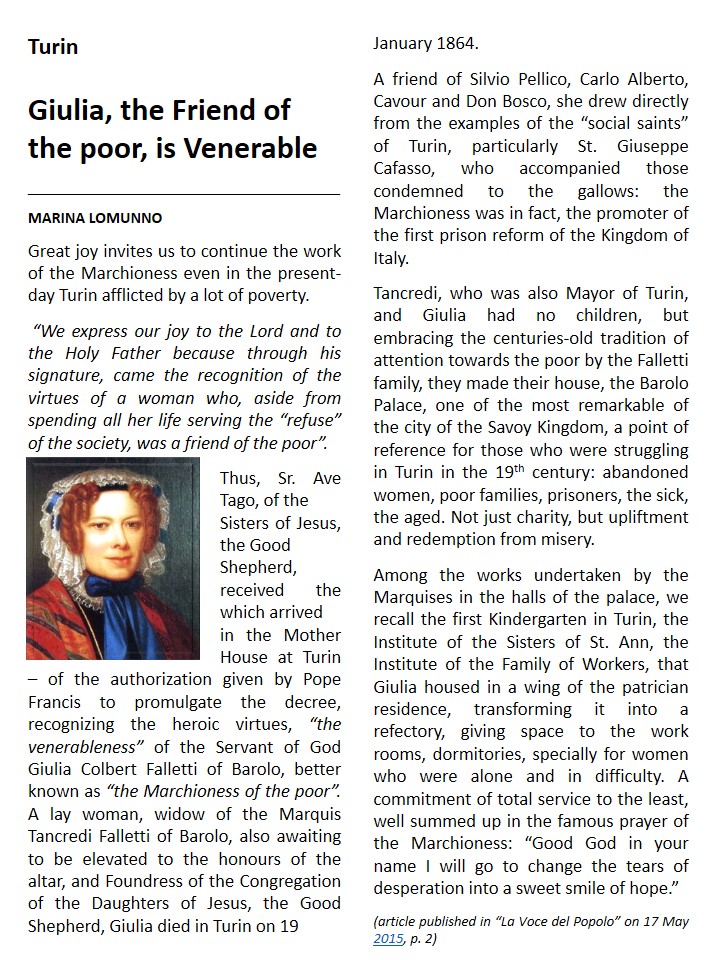